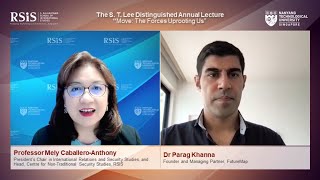 In the 60,000 years since people began colonising the continents, a recurring feature of human civilisation has been mobility — the constant search for resources and stability. Seismic global events — wars and genocides, revolutions and plagues — have only accelerated the process. The map of humanity isn’t settled — not now, not ever. As climate change tips toward full-blown crisis, economies collapse, governments destabilise, and technology disrupts, we are entering a new age of mass migrations — one that will scatter both the dispossessed and the well-off. Which areas will people abandon and where will they resettle? Which countries will accept or reject them? As today’s world population, which includes four billion restless youth, votes with their feet, what map of human geography will emerge?