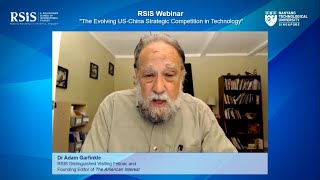 Technological innovation in a science-based core-world culture has long been understood to be a preeminent force-multiplier in international affairs, affecting the nature and magnitude of both economic and military prowess.  Since the 1940s, if not before, the United States has led all states in this domain but has recently been challenged by rapid strides in Chinese capabilities.  The present competition has major implications not just for global influence but also for domestic political culture in the United States, whose traditional institutional model for maintaining scientific-technical superiority may no longer suffice for the purpose.