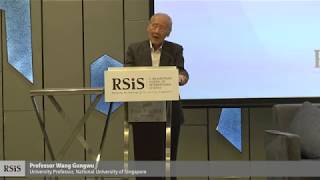 It is a cliché to talk about “unchanging China”. Actually China changed continuously since it first appeared in the Yellow River valleys. The latest nationalist and communist revolutions show how Chinese leaders were not afraid of change when drastic steps had to be taken. What was peculiar was that, wherever possible, they tried to anchor new ideas and institutions in old control structures that they had found successful. This applied whether the pressures they encountered were domestic or foreign.  The question was, which was more urgent and more dangerous to the power system and needed prior attention. During the past century, domestic and external dangers seemed to have alternated. What is interesting is, does China today see domestic imperatives as more urgent and dangerous than foreign ones?