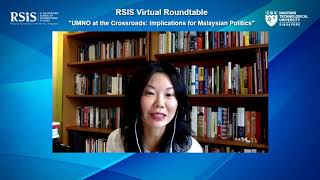 Malaysia has undergone two historic power transitions in the last two years. Pakatan Harapan swept into power in May 2018 and collapsed in February 2020, succeeded by Perikatan Nasional in March with Mr Muhyiddin Yassin as Prime Minister.

This story may also be retold as one of dramatic defeat by the United Malays National Organisation (UMNO) after 61 years in power, and its return within less than two years. UMNO had suffered a number of defections in the aftermath of the 14th Malaysian General Election (GE14). There was also talk of the party splintering and even facing suspension by the Registrar of Societies.

But not only has UMNO remained intact, it enjoys more support from Malaysia’s largest ethnic community, the Malays, than any other party, and has increasingly consolidated its position in the community since its GE14 defeat. It is important to have a deeper understanding of the party’s perspectives, strategy and options from those familiar with the party’s thinking.

Key issues to be addressed at the event include:

Our Speakers, who have worked with key leaders of the party and analysed Malaysian politics throughout their careers, are well-placed to shed light on these complex issues.