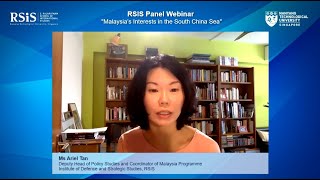 On 12 December 2019, Malaysia submitted to the Commission on the Limits of the Continental Shelf (CLCS), a partial submission to establish limits of Malaysia’s continental shelf beyond 200 nautical miles in the South China Sea from. This would effectively advance the delimitation of its territorial waters. This was in addition to a joint submission it had made with Vietnam in 2009. The submissions had been objected to by the Philippines and China.

Malaysia has various interests in the South China Sea that puts it in real and potential conflict with other claimants in Southeast Asia and beyond.  China has staked extensive claims on the basis of the ‘nine-dash line​​’, and has taken significant steps to defend its claims.  Claims to territory and waters in the South China Sea are driven by the desire to establish sovereignty, and the resultant economic rights including fishing and hydrocarbon resources.

The US has in recent years stepped up its presence and support for the Southeast Asian claimants in the South China Sea, vis-à-vis China.  Observers have warned of potential confrontation between the two powers in the waters.  While some in the region welcome US engagement on this matter, Malaysia appears to prefer maintaining an equidistance between the two, often suggesting that US-China rivalry in the South China Sea is its paramount concern in the area.