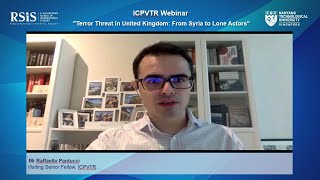 It is 15 years since UK was hit by the al Qaeda directed July 7 2005 attack on London’s public transport system, and the terrorist threat that the UK faces has evolved dramatically. From networked plots directed by al Qaeda, the threat picture is now dominated by lone actors using knives and fake bombs, while the ideological picture has become confused and fluid. Drawing on data from successful and disrupted plots, Raffaello Pantucci will sketch out what the threat picture looks like since the beginning of the war on Syria, highlighting its evolution through attack planning. The discussion will try to draw out some of the current trends, while asking questions about where the threat picture might be going.