RSIS-Embassy of Peru Panel Webinar on “Peru and Singapore: Enhancing Ties Across the Pacific Ocean”

The Embassy of Peru and the S. Rajaratnam School of International Studies (RSIS) will be co-hosting a panel webinar on “Peru and Singapore: Enhancing ties across the Pacific Ocean” on 7 July 2021 from 9:00 to 10:30am (Singapore Time). This webinar celebrates Peru’s bicentennial independence and the excellent bilateral relationship between Peru and Singapore. It also explores how to keep alive economic multilateralism amidst the uncertainties.

The contestation between Great Powers continues to loom large in the minds of people in many countries. The COVID-19 pandemic is pressing some countries to pursue vaccine nationalism and trade protectionism at the expense of others. These developments have put economic multilateralism at the crossroads. Against this backdrop, this webinar will examine how multilateral platforms namely the Pacific Alliance-Singapore Free Trade Agreement (FTA), Asia-Pacific Economic Cooperation (APEC), and the Comprehensive and Progressive Agreement for Trans-Pacific Partnership (CPTPP) can be used to galvanise trade and economic relations and boost cooperation going forward. The questions to be explored include:

Ignacio Higueras Hare is the Vice Minister of Foreign Affairs or Peru. He was born on November 12, 1965. He studied Arts and Law at the “Pontificia Universidad Católica del Perú” (Peru). He also studied at the Institute of Political Studies in Paris. He obtained his Bachelor’s Degree in International Relations from the Diplomatic Academy of Peru. Ambassador Higueras also holds a Master’s degree in International Relations from the University of Birmingham, UK and a Diploma in Public Policy from the National School of Administration of France (ENA). He also studied Political Science from the Catholic University of Chile. Sim Ann is the Senior Minister of State in the Ministry of Foreign Affairs and the Ministry of National Development. She is a Member of Parliament (MP) for the Holland-Bukit Timah GRC.

Sim Ann was educated at Hwa Chong Junior College from 1992 to 1993. In 1997, she obtained a B.A (Honours) from Oxford University. She was awarded an M.A from Stanford University in 2009.  Sim Ann has also obtained a Graduate Diploma in Translation and Interpretation from the Nanyang Technological University. Sim Ann started her career in 1998 as an Assistant Director for Finance Policy and Planning at the Ministry of Health. From 2000 to 2003, she worked at the Ministry of Home Affairs as an Assistant Director for Implementation Planning, before moving to the Ministry of Trade and Industry, where she was Deputy Director for Trade until 2006. Between 2007 and 2009, she was the Regional Director (East China) for IE Singapore and in 2009, she became the Director for the National Population Secretariat. She left the Civil Service in 2011.

Sim Ann first stepped into the political arena when she contested in the Holland-Bukit Timah GRC during the 2011 General Elections. She is currently the MP for the Holland-Bukit Timah GRC as one of the four-member People’s Action Party (PAP) team led by Minister for Foreign Affairs, Dr Vivian Balakrishnan. The other PAP members are Christopher de Souza and Edward Chia. Peter Govindasamy works at the Ministry of Trade and Industry (MTI). Prior to joining MTI, Peter began his career at the Ministry of Foreign Affairs, dealing with matters such as Foreign Economic Policy, the European Union (EU), International Organisations (e.g. UN, IAEA, ILO, WHO, WTO), and bilateral matters relating to the Benelux countries, Italy, and the Vatican.

At MTI, he has had extensive FTA experience as the lead services and rules negotiator in a number of Singapore’s FTAs. He has served two stints in Geneva; with MFA from 1995-98 (as First Secretary) and with MTI from 2003-09 (as Counsellor). Between 2005-09, he chaired the WTO negotiations on developing disciplines on Domestic Regulations in Services. He also served as the chair of the ASEAN-India FTA (Services) negotiations.

As Director of MTI’s International Trade Cluster (2009-19), he was responsible for overseeing a number of issues such as the WTO, trade-energy-climate interface, goods, services, investment, and government procurement negotiations. As Director, he also oversaw Singapore’ Trade Policy Reviews. Notably, on investment, he concluded Singapore’s Investment Guarantee Agreement (IGA) negotiations with Colombia and Iran.

He is presently the Chief Negotiator for Singapore’s FTA negotiations with the Pacific Alliance. Aside from his foreign affairs and trade policy experience, Peter has also had a stint in MTI’s Energy Division. He has been a member of the Singapore’s whole-of-government negotiating team to the United Nations Framework Convention on Climate Change (UNFCCC) negotiations since 2008. At the UNFCCC, he has held various chairmanship and facilitator positions. He is presently co-chairing the Katowice Committee on the Impact of Response Measures. He is also in the roster of panellist for the WTO disputes, and a member of the ISO ad-hoc group on Standards and Trade. Dr. Aquino was also the Peruvian Representative and Co-Chairman of the Vision Group of Experts of the Forum for East Asia-Latin America Cooperation (FEALAC) between October 2012 and June 2013.

In 2012 and 2019, the Japanese government granted him the “Minister of Foreign Affairs” award and “The order of the Rising Sun-Gold Rays with Rosette” respectively. Rebecca Fatima Sta Maria is the Executive Director of the Asia-Pacific Economic Cooperation, or APEC, Secretariat based in Singapore where she advises and provides support for the forum’s 21 diverse member economies. Dr Sta Maria was a top-level civil servant and trade negotiator. She played an integral role in Malaysia’s participation in multilateral trade and cooperation. As Secretary-General of the Ministry of International Trade and Industry she often represented Malaysia in minister-level APEC meetings. She also oversaw the formulation of Malaysia’s positions in agreements such as the Trans-Pacific Partnership. And, as representative to the Association of Southeast Asian Nations, Dr Sta Maria chaired the body that drafted ASEAN’s economic community blueprints for 2015 and 2025. 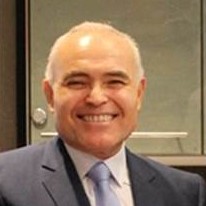 In Peru’s Ministry of Foreign Affairs, Ambassador Vásquez was posted to the Subsecretariat of Economic Affairs, the Technical Office of Investment Promotion, the Subsecretariat of Multilateral Affairs, the Cultural Heritage Directorate (Director) and the Directorate of Asia and Oceania (Director). He was also Director of the Department for International Cooperation and Secretary General of the National Commission for UNESCO at the Ministry of Education. Mr Ong continues to hold the position of Ambassador-at-Large at the Singapore Ministry of Foreign Affairs. He is also Singapore’s Non-Resident High Commissioner to Pakistan and Non-Resident Ambassador to Iran. Mr Ong has been the Chairman of the Singapore International Foundation (SIF) since 2015.

Mr Ong served as 11th Secretary-General of ASEAN (Association of Southeast Asian Nations), based in Jakarta, Indonesia, from January 2003 to January 2008.

Mr Ong started his diplomatic career in 1979 and was posted to the Singapore Embassies in Saudi Arabia, Malaysia, and the United States of America between 1984 and 1994. From September 1998 to December 2002, he was Press Secretary to the then Prime Minister of Singapore, Mr Goh Chok Tong, while holding senior appointments in the Ministry of Information, Communications and the Arts, and the People’s Association in Singapore. From 2008 to 2011, he served as Director of the Institute of Policy Studies (IPS) in the Lee Kuan Yew School of Public Policy at the National University of Singapore.