With the rapid rise of China, power transitions and the possibility of great power conflict are the focus of popular and scholarly attention. The discipline of International Relations offers many insights on why violent power transition conflicts occur, yet few substantive treatments exist on why and how peaceful change happen in world politics.The Oxford Handbook of Peaceful Change in International Relations (co-edited by T.V. Paul, Deborah Larson, Harold Trinkunas, Anders Wivel and Ralf Emmers) is the first comprehensive treatment of the subject of peaceful change in the field. It contains some 41 chapters, written by scholars from different theoretical and conceptual backgrounds examining the multi-faceted dimensions of this subject. Chapters in the volume examine this issue through the lens of different approaches in international relations theory, through a focus on key challenges in the international system, and from regional and state-level perspectives on the prospects for peaceful change. This panel with Handbook editors and contributors will discuss the conceptual framework, substantive contributions, and key findings of the project.

The book is available for purchase from Oxford University Press. 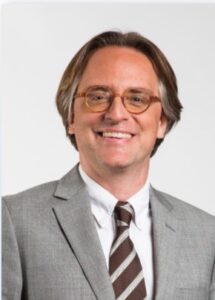 He completed his MSc and PhD in the International Relations Department of the London School of Economics (LSE). His research interests cover security studies, the international institutions in the Asia Pacific, and the security and international politics of Southeast Asia. Prof Emmers is the author and editor of 11 books and monographs. His authored books include Cooperative Security and the Balance of Power in ASEAN and the ARF (RoutledgeCurzon, 2003), Geopolitics and Maritime Territorial Disputes in East Asia (Routledge, 2010), Resource Management and Contested Territories in East Asia (Palgrave Macmillan, 2013) and Security Strategies of Middle Powers in the Asia Pacific co-written with Sarah Teo (Melbourne University Press, 2018). He is also the co-editor of the forthcoming Oxford Handbook on Peaceful Change in International Relations (Oxford University Press, 2021). Prof. Anthony’s research interests include regionalism and multilateralism in Asia-Pacific, human security and non-traditional security, nuclear security, conflict prevention and global governance. She has published extensively on a broad range of security issues in Asia-Pacific in peer-reviewed journals and international academic press. Her latest books, both single-authored and co-edited, include: Negotiating Governance on Non-Traditional Security in Southeast Asia and Beyond (New York: Columbia University Press, 2018), An Introduction to Non-Traditional Security Studies, (London: SAGE Publications Ltd, 2016), Asia on the Move (Japan: JCIE, 2015), and Human Security and Climate Change (London: Routledge, 2014).

Prof. Anthony has led a number of global and regional research projects on international security and global governance. In 2017, she co-chaired the Global Reflection Group on the ‘Monopoly of the Use of Force- 2.0’ that brought together 21 scholars from Asia, Africa, Europe and the Americas that examined the nature of security provision in times of uncertainty. She was also the principal investigator of the MacArthur Asia Security Initiative (ASI) project of Internal Security Challenges in Asia and Cross-Border Implications and was Co-Chair of the Second Murdoch Commission on Food Security, Trade and Partnership in Asia.

Prof Anthony has served as the Secretary-General of the Consortium on Non-Traditional Security Studies in Asia since 2008. From 2015-2017, she was Vice President at-large of the Governing Council of the International Studies Association (ISA) and is currently member of the ISA’s Global South Task Force. She had held visiting fellowship at the Elliott School of International Affairs, George Washington University in 2015. From 2013-2017, Prof Anthony was a member of the UN Secretary-General’s Advisory Board on Disarmament Matters (ABDM) and served at its Chairperson in 2016 and currently member of the Asia-Pacific Leadership Network on Nuclear Non-Proliferation (APLN). She was also Director of External Relations at the ASEAN Secretariat from 2011-2012. Rajesh Basrur is Senior Fellow in the South Asia Programme at the S. Rajaratnam School of International Studies (RSIS), Nanyang Technological University, Singapore. He is also a research associate with the University of Oxford’s Contemporary South Asian Studies Programme (CSASP). He has obtained MA and MPhil in History (Delhi) and MA and PhD in Political Science (Bombay). Prior to joining RSIS in 2006, he was Director, Centre for Global Studies, Mumbai (2000-2006), and taught History and Politics at the University of Mumbai (1978-2000). He has held visiting appointments at the University of Oxford, the University of Birmingham, the University of Hull, Stanford University, Sandia National Laboratories, the Brookings Institution, the Henry L. Stimson Center, Simon Fraser University, and the University of Illinois at Urbana-Champaign. His work focuses on South Asian security, global nuclear politics, and international relations theory. He has authored five books, including (with Kate Sullivan De Estrada) Rising India: Status and Power (Routledge, 2017), South Asia’s Cold War (Routledge, 2008) and Minimum Deterrence and India’s Nuclear Security (Stanford University Press, 2006). He has also edited ten books, including (with Sumitha Narayanan Kutty) India and Japan: Assessing the Strategic Partnership (Palgrave Macmillan, 2018) and (with Anit Mukherjee and T. V. Paul), India-China Maritime Competition (Routledge, 2019). He has published over 100 papers in various journals and edited volumes.