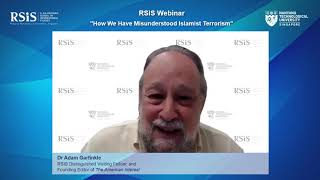 As with the parable about the homeward-bound barfly who searches for his lost keys under a streetlight, not because he suspects they are likely to be found there, but because that’s the only place where there is any light to look, so American reactions to the terror attacks of September 11, 2001 focused on familiar lit ground instead of where genuine understanding lay. The result was a spectacular and damaging misunderstanding of the sources of the problem, which led to a range of policy errors whose effects are still with us today. Come learn about what was really behind 9/11 and what remains the underlying motivation of most Islamist radicals today, and about how and why the Americans who mattered got it so wrong.